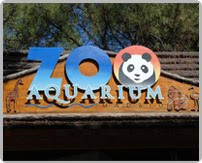 The City of Madrid "Zoo Aquarium" has offered to buy the amazing psychic Octopus, Paul, from the Aquarium in Oberhausen, Germany.  Sum unknown.
Since Spain won it all, and now prides itself as holder of the golden World Cup futbal trophy for the next four years, it seems only fitting. After all, Paul predicted the win over Netherlands, although the score was a minimal 1-0 result.
Now I am curious to know whether Oberhausen will even consider accepting this offer (the fans in Germany may object!);  how much was the offer for, and if Oberhausen does part with Paul, how will the Madrid Zoo (or anyone in fact) know if it is indeed the Paul. Who can tell the difference, except another Octopus?
Posted by van Bentum