More re: Chris Hadfield's talk we organized at Vcr Planetarium and presentation of Meteorite pin created by Andrew Costen


It seems the subject of “Chris Hadfield” has not ended here on my blog. Several people now have asked about the presentation astronaut Chris Hadfield gave at the Vancouver Planetarium  on Nov. 1, 2002, we referred to in the earlier post, the occasion when Chris became an Honorary Member of the international Circumnavigators Club. Myself, I’m now a Senior member (at 83) of the Club, but back in 1975 I was one of the youngest members.

The visit all began when Natasha had the idea to ask the Canadian Space Agency if Chris Hadfield could possibly come to Vancouver for a talk, after I’d suggested to the board of the Circumnavigators Club that we invite him to become an Honorary Member.  This was approved. In those days, Chris was Director of Operations at the Russian space centre in Star City.  He was scheduled to be in Canada for a short period, and we were very lucky to have him come out especially for this 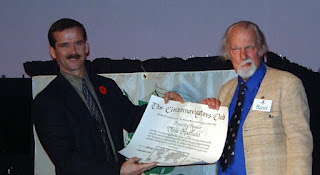 presentation. The talk and presentation of his Certificate took place November 1st, 2002. We included music by John Philip Sousa, the ‘March King”, a Circumnavigators Club member, who in years gone by composed a special march for the Club. The president, Al Morasso and his wife flew out especially from New Jersey for the event.

In addition to his Certificate, we presented Chris with a special pin custom-designed by our good friend Andrew Costen, a master goldsmith based in Vancouver, co-owner of Costen-Catbalue. 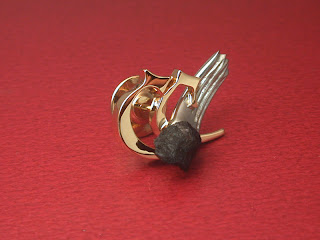 The pin is made from a meteorite, platinum and gold and suggests a speedy journey through space. Chris Hadfield received the gift from Andrew with surprise and joy.

He gave a spellbinding, illustrated talk about Mars.  Chris emphasized and shared evidence of water presence on the ‘red planet’, already 11 years ago. Some 250 audience members were privileged to have been in the presence of someone who had been ‘up there’. Chris’s enthusiasm and knowledge of the subject has no end it seemed.  After his presentation he made himself available for a lengthy Q & A session, before heading back to Star City in Russia.

Hope this answers your questions about the subject of this memorable evening with Col. Chris Hadfield some 11 years ago at the Vancouver Planetarium.
Posted by van Bentum

Astronaut Chris Hadfield, currently aboard the International Space Station, said it is likely "inevitable" people will go to Mars. Here's a new rap:

Up and up we go
High amongst the Stars

to a future new race
of "Space Globetrotter teams". 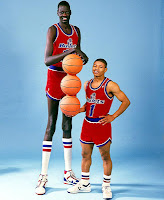 Colonel Chris Hadfield, astronaut, space troubadour, and mentor ‘par excellence’, currently aboard the Int’l Space Station, was asked a question by one of the school children who participated in a live feed to the ISS, “How do you wash your hands in space?” 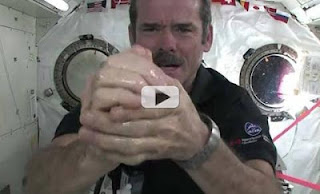 So Chris demonstrated, you can watch the video on YouTube here, squeezing a “blob” of water containing a small amount of soap.  Not only does he have to squeeze a small amount out of a plastic baggie, but needs to catch it and at the same time catch the baggie, otherwise it would float away like a balloon inside the Station.
This reminded me of an episode years ago (pre-Ghadaffi era) when I was stranded in a sandstorm in Libya, en route to Leptis Magna. 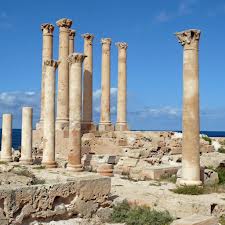 We were given shelter by nomads in a tent. At that time I had a watercolour set with me, and to show my gratitude for their hospitality, wanted to do a portrait of one of the young daughters.

I needed water of course, so I went and took some from the camel- stomach-container, which held this precious commodity. When they noticed what I did, I was in big trouble.  A furious father made it clear the precious water was for their survival. I was lucky they did not put us back in the sandstorm.  I should have known better.  Ignorance or stupidity?

Our ability to communicate somewhat in French saved me, not to speak of my extremely guilty feeling and expression, and ‘pardon, pardon, pardon’.

Thought of sharing this experience which shook me into awareness after seeing the demonstration by Chris of hand washing, with a very minimum of water, way up there in the Int’l Space Station.