There are rumours another cave near Lascaux has been found, but it will not be made accessible to the public.
This news gave rise and unlocked the memory door for me to mention “How did we get approval to visit the caves of Lascaux back in 1967 when they were already closed to the public four years earlier?”  Following up the recent eight posts about wildlife and animal encounters, it is fitting to speak of this since the cave art depicts mostly animals rendered by unknown Masters, some 17,000 plus years ago. There were eleven of us from Toronto, Canada.  Ten artists and one philosopher and metaphysicist. The artists included a sculptor, dancer, couple of painters, writer, poet etc. 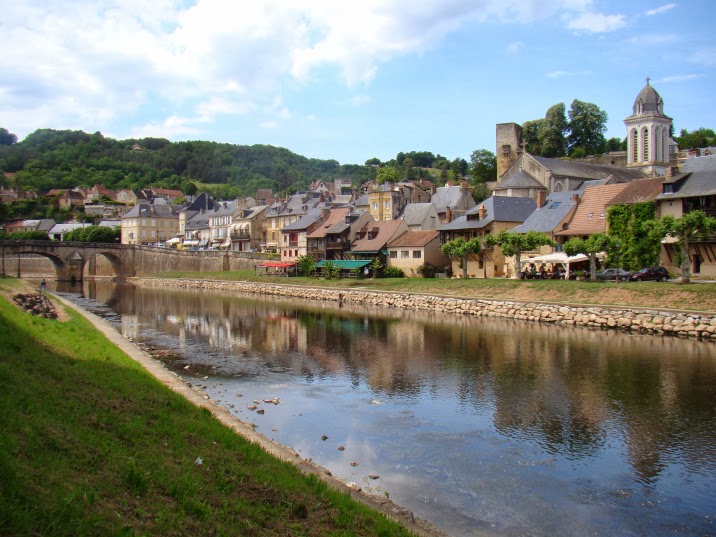 We arrived at Montignac, the town where Lascaux caves are located in the Dordogne, on a chilly and wet November morning in 1967. Whenever finding myself in another country and needing to know something about a town, I always go to a local bar/bistro.  In Europe especially barkeepers are well informed. So, that’s what we did.  When I went to the local bar and asked the barkeeper if he knew who the guardian of the caves was, he said, “Fermez!”  (“Closed!”) 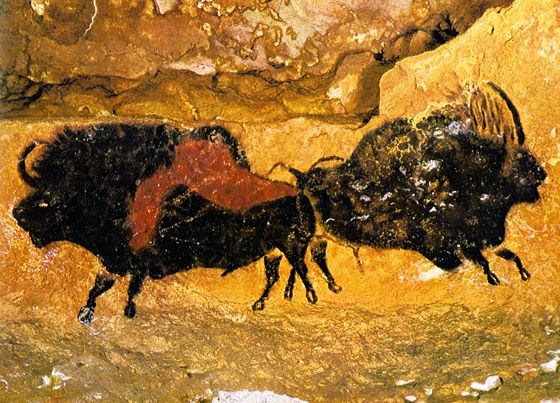 Yes, I said, but who has the keys? After consuming a few ‘reds’ and eggs marinated in vinegar, we learned it was the former Mayor.  When asked for his address, the barkeeper said, “Not so fast!” But when he learned my colleagues were artists who had come all the way from Canada especially to visit the caves, he mellowed somewhat. I promised we would come for lunch and dinner at his place for two or three days.  He was content, and gave me the former Mayor’s address. 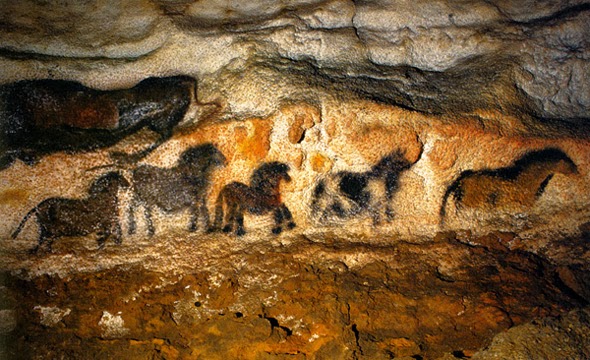 The house was surrounded by a stone wall, with a long-handled pull bell at the door. Turned out the former Mayor was occupied, but could spare 15 minutes the next day. When I appeared again, just like the barkeeper had, in answer to my request he said “Non! Non! Ce n’est pas possible!  Fermez already four years”! But when he heard more about our small group, being artists and a philosopher, and all the way from Canada, he became pensive.  “All artists, are you? Especially to see the caves?" 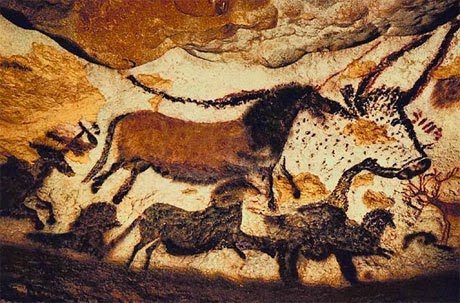 Eventually he gave permission and not only that, arranged for a very qualified guide.  We each received helmets with flashlights, and also another flashlight to hold. Thus began for us an unforgettable exploration of discovery over the next two days in the ‘closed’ caves of Lascaux. In a much earlier post (Nov 6, 2008) we mentioned our visit, but now we have shared the story of how we obtained permission to experience the ‘closed caves of Lascaux’. 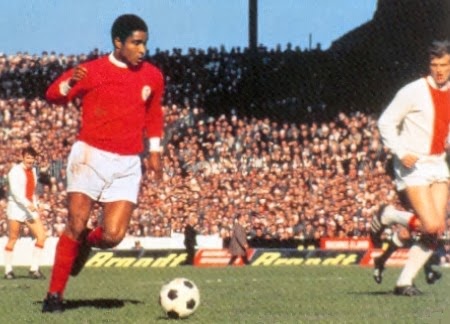 The amazing "Black Panther" from Mozambique, Eusebio, who played his entire career for Benfica of Lisbon, Portugal went "Over the Horizon" on January 5.  The world has lost a futbol legend.  Eusébio da Silva Ferreira was 71 years old.

To give you an example of how amazing he was, during his 745 career matches he scored - get this - 733 goals!  I had the privilege of watching him play, showing his genius and goal-scoring virtuosity, in Amsterdam at a European Cup Final between Benfica and Real Madrid. 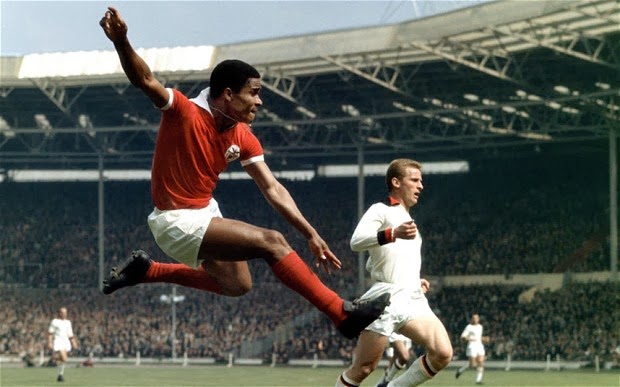 He was right up there with the "Black Pearl", Pele, and for many was an unsung hero.