1967 - and here is the last post of nine posts (starting September 2nd): another memorable event was a cocktail party and supper held on our last evening in Bombay at the home of our host and hostess in Malabar Hill.
(For those of you who haven’t read the previous posts, our host was the former Mayor of Bombay, and had adopted us after we’d arrived in Bombay on the train with only the clothes on our back.)
At the “cocktail” party (where no alcohol was served) other than the delicious exotic juices, a first for us was Rose Petal Water. Dinner was a tasty tandoori and specialty curry dishes. “Now you know a little bit about the ‘other India’”, said our host. “Yes”, I replied, “we’re much obliged and thankful for your generosity and hospitality. Good-bye, and may you live long and in good health.” “It was our pleasure to have the opportunity to give you both the experience.”
Next morning, his chauffer Sharma took us to the airport for our flight back home. All things, pleasant or unpleasant, come to an end. “The only permanence is impermance.”
Postscript: In my boyhood during WWII, I’d seen the bombs drop and experienced real hunger and privation. After going through all that, I thought nothing would ever move and shock me again. That is, until twenty-two years later, when we experienced India.
For those of you who haven’t yet been to India, it would be some experience to witness the “raw and real” of that paradoxical and enigmatic continent. Not always recommended, though, for the faint-hearted. Of course these posts speak about our experiences forty-one years ago. Since 1967, I’ve been back a few times, under different circumstances. No matter how you experience India, it will leave you with lasting impressions.
In our case, after witnessing the roller-coaster before we reached Bombay (see previous posts), we were offered a ride in the golden coach, and hopped on. And now, we have a choice: when the Golden Coach stops again, offering us a ride, we can either accept it, or say, “Thank you, we’ve done that already.”
Posted by van Bentum

1967. A few days after the wedding reception, courtesy of our host, we visited “Bollywood”, the unique world of Indian film.

Anyone who’s been to India cannot miss those huge, colourful billboards with movie stars depicted very large. A movie made in India is not just any movie. It’s a never-ending Epic with extraordinary choreography, singing, drama, all the emotions - - -joy, anger, jealousy, hatred, laughter. 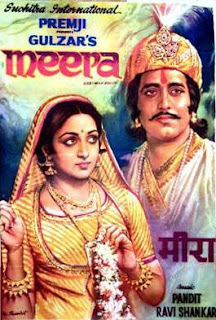 Except kissing and other intimacies. But you observe in these movies sensual gestures, elegance, discipline, coquetry, incredible set designs, plus the ancient classical finger, hand and head movements. Only India has a patent on this art form.

We spent the whole day on a “set”, including a visit to the make-up department: masters in the art of cosmetica, wigs, the works. Two ordinary-looking cast members walked in, then later walked out looking like goddesses.

Then we toured the costume area, and dressing rooms. Non-stop activity, like being in a ‘human beehive’. And the clothes, what a variety of fabrics, plus endless rows of costume racks. The prop department was another wonder. There was also a horse stable, plus three elephants on this particular set. 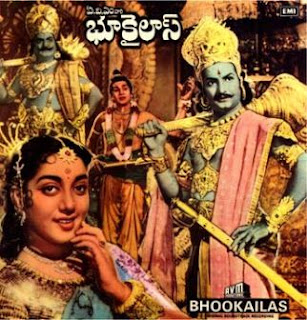 Next, we sat-in on the “rushes” (screening of the day’s takes), in particular a dramatic episode between two families. Then a two-hour rehearsal for an elaborate dance number, beginning with 3 dancers and ending up with 300! They rehearsed and rehearsed, it seemed to go on forever. Then there is the music and singing, which is always a big feature of any Bollywood movie.

Everything about Bollywood is gigantic (not only the billboards!): the orchestras, cameras, lights and stage sets with recreations of entire villages. Although many Indian movies film on location, featuring agricultural and rural regions, villages and Nature parks.

By the end of day, you’d have to be a Zombie not to fall under the spell of this magical “Bollywood World”. Anyone who’s never seen an Indian move ought to; it’s something you’ll never forget.

Two days later, we had another invitation, to meet the leading movie star at his home, up in the hills of Bombay. There, the air is much more pleasant, and the view spectacular.

Many cast members were there, plus friends and neighbours. The movie star had three Dobermans, and a security system (and this was back in 1967, when security was not a big problem.) A swimming pool of course. Each room in the villa had a fan which in itself was a work of art. He was relaxed although he smoked a lot, as did most of the others. Housekeepers, butler, all the staff wore white gloves.

Another memorable moment of our stay (and there were many), was a private “cocktail” party and dinner at the home of our host (for those of you who haven’t read the previous posts about India, he was the ex-Mayor of Bombay, and had ‘adopted’ us). He also lived up in the hills; the garden was full of bamboo furniture, painted white. “Cocktails” turned out to be passion fruit,mango, papaya, orange juice and last but not least, Rose Petal water. It was an excellent dinner, caringly prepared and beautifully presented.

The days flew by and throughout it all we were in a state of awe, like being in a dream.
Posted by van Bentum

Bombay 'upper crust', 1967: we reached the Bombay Cricket Club without further incident. Our host’s wife was already there.

1,200 guests were invited to the wedding reception. The groom’s father had hired and flown in from New York a nine-piece jazz band. There were also Bengal dancers, and classical Indian tabla and sitar players.

Never before had we seen such glitter, such elegance, such vanity and such pride. 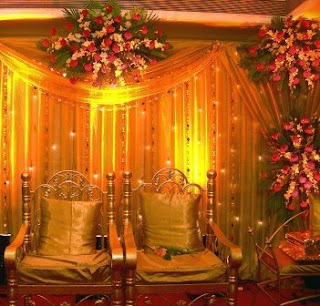 It was a fashion parade. Beautiful women in saris, many woven with real gold and silver threads and bedecked in precious and semi-precious jewels. A cat-burglar would have had a field day. Some wore Western clothing, Parisian ‘dernier cri’ fashions. Most of the men, as well, but more Italian-style, while some wore Nehru-style jackets.

There was a stage set up for the entertainers. The bride, (our host’s niece), was dressed Western-style as well, so too the groom. He looked just like his uncle-in-law, top hat and all.

The new vogue in those days was, “Our wedding, our reception, our party, our celebration is bigger and better than anyone else’s”. It may have been mostly a Western-style reception, but other than beer, there was no hard liquor or wine.

Food galore, delicious traditional Indian cuisine, but also Hot Dogs and Hamburgers! The celebrations on that beautiful day went on from Noon until evening.

A different India from our experience in Bihar. As different as Moon to Sun. Signing off for now, Henri
Posted by van Bentum

The second visit to the tailor proved the skill and craftsmanship this gentleman still possessed. Only a few alterations were needed and they’d be done the next day. Trousers fitted perfectly, so did the Raw Silk jacket. Now, 41 years later, I still wear it.
So by the next day all three pieces were ready. I told the tailor that he was a genius and should do more of his line of work. “No, not a genius, just very good tailor”, and with that we parted. Back at the Taj I put on my newly acquired attire. With my star-ruby ring, I looked like a Maharaja.
Meanwhile the wedding reception was coming up soon (hence all the tailor-visits and shopping). 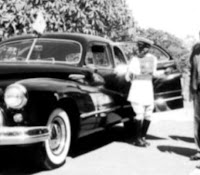 This time our host came along in the limousine, my partner and I in the back, while our host sat in the front, next to Sharma the driver. He looked debonair in his swallow-tail black jacket, vest, stripped trousers, ascot, patent-leather shoes, and top hat. He also carried an ebony walking stick with a silver handle. He was pleased with our appearance , different from when we met, at the art exhibition.
India in 1967 was not what it’s become today. Beggars were everywhere. On the streets you witnessed every stage of life from birth to death, and all the illnesses in between. Amongst them, amputees missing an arm or leg (sometimes both), or with a smashed-in face. A regular “picture horror show”. It’s hard to believe at first but some are deliberately maimed as children by their parents, to ensure a livelihood (as beggars).
At one point the limousine had to stop to allow a few ‘holy cows’ pass. They took their time! A beggar approached the limousine and stuck out his’ stump’ arm. I rolled open the window to give him a few rupees. Suddenly, whack! The cane of our host landed on my wrist, sending the rupees flying. “Please close the window, quickly. Do not ever give them baksheesh. We’d never get out of here, there will be dozens around in no time!” I was in shock. He’d seen the proceedings in the rear-view mirror and reacted accordingly. A lesson, well learned.
Posted by van Bentum