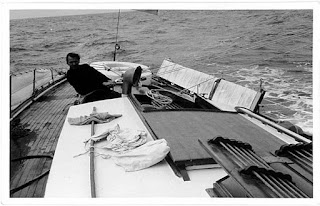 A reader asks about my early work, created in the Rocky Mountains, 1959

An interesting question just came our way from a reader of this blog, a woman originally from my homeland, the Netherlands. She lives in Alberta and asks about my experience of painting in the Rocky Mountains, summer of 1959 which I've written about elsewhere. 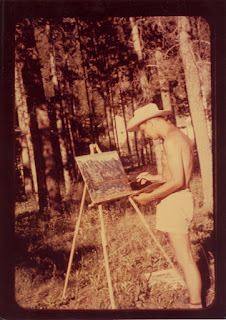 This seminal trip to Banff in 1959 was made possible by my ear doctor, the late Dr. Wilfred S. Goodman. I've written elsewhere on this blog about Wilf, here is the link.  Wilf paid for my return train fare across Canada, from Toronto to  the Rockies, and onward to Victoria (in those days, via ferry from Vancouver).

Wilf became a close friend and was my patron in the early days of my career. (Later, it was Ann Southam who became my patron when I evolved into abstract painting, I recently wrote a five-part essay in her honour.)  You can also read more about the 1959 experience here. 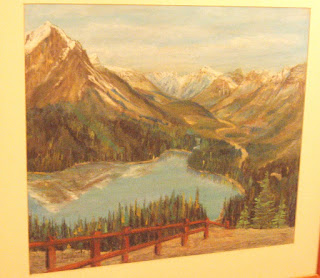 The woman who asked the question lives in Edmonton and asked if she could see any of the paintings at the Art Gallery of Alberta or other public galleries in the province.

Unfortunately, none of the paintings from that summer of 1959 – all created in either Banff, Jasper or Yoho National Parks, or in Canmore  -- are presently available to the public. 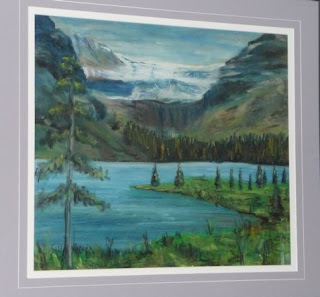 [The Alberta Foundation for the Arts does have one of my later works in its permanent collection, a watercolour from the “Spatial Rhythms” series. ]

All of these works from 1959 are in the private collection of Dr. Goodman’s family. Of course, now already 60 years have passed. 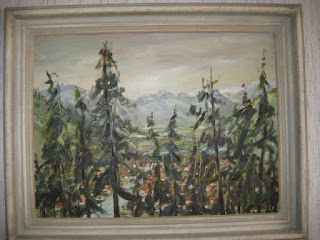 The Goodman clan has grown and multiplied.  There are children, grandchildren, and great-grandchildren. My paintings are amongst them. Don’t know who has which ones. I hope they continue to like them. 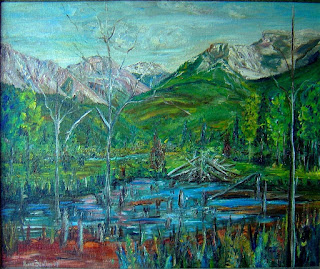 So our reader from Edmonton, who often travels to the national parks, asked if we could post some photos of these works so she can see them, which we’ve done on this update. 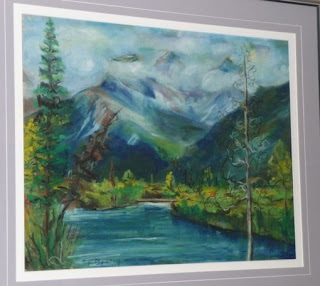 She is not alone, over the years many others have asked the same question. 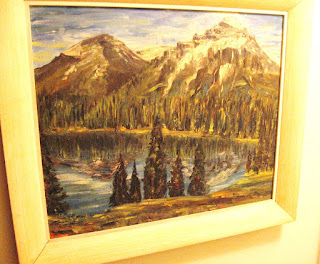 Ironically, it was in the Rocky Mountains with its stunning landscapes that my work evolved from representational to surrealist (and then abstraction). How this came about is another story, which we will publish in the near future. 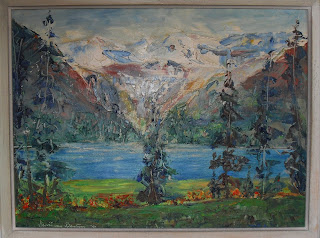 Most of the works shown here are done in oil, a few in oil pastel. All were done ‘en plein air’, like the Group of Seven. 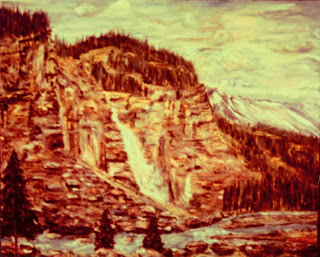 I rented a small room in a private home, the Parkin family. Having no car, I'd get up very early and hitchhike for a ride out of town, mostly with recreational trout fishermen. 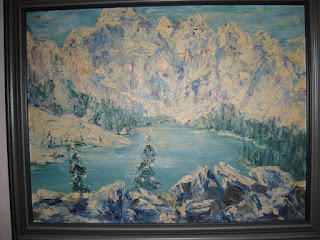 All these works were painted from mid-May through mid-July, at which time I became the first-ever guest student at the Banff School of Fine Arts.  How that totally unexpected event took place is chronicled elsewhere on this blog. 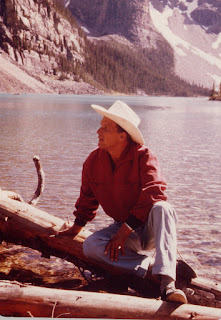 
We hope this post has been helpful to the reader.

p.s.  You'll notice some of the photos of the paintings posted here are not ideal, but they are the only ones we have available. We'd like to have better photos taken. The original paintings are located over 3,500 kilometres away in Ontario, spread amongst the extended family of Dr. Wilf Goodman.