Where Have All the Glaciers Gone?


On our daily walks here in Victoria along shores of the Pacific Ocean, amongst other visitors, we meet many passengers and crew from Alaska cruise ships. 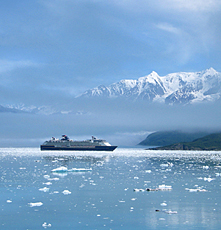 Almost all vessels sail from here to Seattle.  That’s where those who have just come from Alaska disembark, to make room for the new passengers who’ll do a 7-10 day journey.

Glacier Before and After

When we ask them how the sailing went and whether it met their expectations, we get different reactions.  Those who’ve never been to Alaska are somewhat disappointed in seeing little of the ‘glory’ advertised in the glossy brochures. 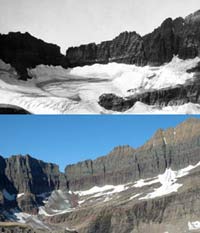 Top (before)  Bottom (after)
Then there are those who are repeats.  These people are very disappointed and saddened to see how the glaciers are disappearing. Most crew members are from Indonesia or the Philippines, so for them any vista of ice or glaciers, glimpses of bears or eagles, is something different and exotic.   Then there are the passengers who often live in concrete jungles we call cities, or suburbs, for them also going to Alaska is a welcome balance from hectic urban life. We were on an Alaska voyage four years ago to mark my eightieth birthday and even then noticed fewer glaciers compared to our research before the sailing. Of course, we now hear the Arctic is the fastest warming spot on earth with record-breaking melting ice and snow. Snow and Arctic sea ice extent is plummeting suddenly. 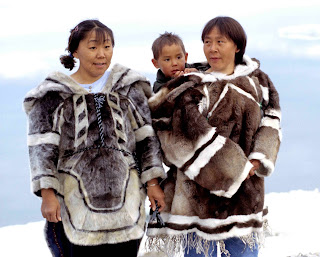 NOAA and NASA both ranked June 2013 as among the top 5 month on record. The snow extent shrunk from 12.4 million sq. miles to 6.2 million sq. miles in a month’s time. The Inuit – indigenous peoples of the Far North -  are threatened by the rising waters caused by this melting of colossal volumes of snow and ice. (Of course there is also major melting in Antarctica.) 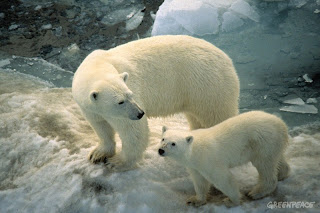 Then there is the “drill, baby, drill” mentality of oil companies that will only cause more upsetting changes in the pristine and beautiful wilderness of the Arctic. Polar bears find it difficult to hunt and survive due to the rapid melting of ice, causing them to spend more time swimming, sometimes for too long distances. 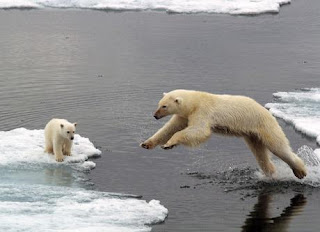 It took thousands of years to form these icy regions but we may see in just one generation its demise. How high will the seas rise?  What will be the effects of these causes? Yes, some passengers are happy to have sailed to Alaska, but most seem to be disappointed and worried.  So you can see how during our strolling along the sea shores, we meet members of the Human Family and hear of their experiences. Now if there was only a way to stop or reverse this very rapid warming of the North . . .
that would be a welcome miracle.


We mentioned in our previous post the similarities between the rice terraces (paddies) on the island of Bali, and those on the island of Madeira, where we lived for two winters.  The idea for the latter, most surely, was brought by those early Portuguese explorers and spice traders, who must have seen the beautifully-sculpted terraces in Bali, also a mountainous landscape.  Here are two images, the first one is Madeira, the second, Bali. 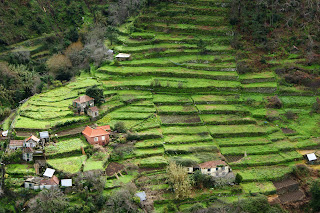 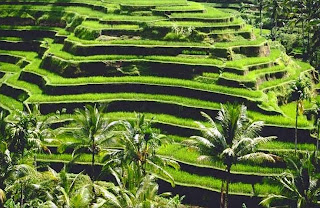 Bali - "Island of the Gods"


Two visitors from Indonesia viewed our blog recently.  One from Java, the other Bali.  The latter brings back fond memories from earlier voyages of this volcanic, mountainous “Island of the Gods”. Even today, we often meet Balinese crew members from nearby-docked ships on their short shore stopovers. Indonesia is linked historically with the Netherlands.  It was one of several colonial “possessions” of Holland. Indonesia is composed of a multitude of islands, but of all, Bali is unique in the sense of the preservation of culture, art and traditional crafts. 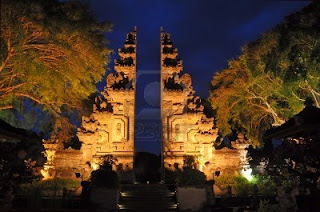 Not only are all the Muses represented, but each has its own village where that traditional art form is maintained. It would take a 1,000 plus page book to describe Bali.  We were privileged to visit these villages on several trips to the island. 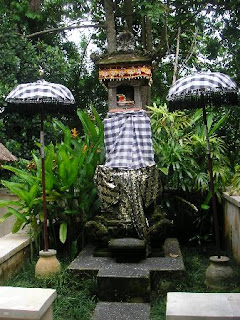 Shrine, Bali
Everywhere you go, you see small household shrines to which the Balinese bring daily offerings.  Unperturbed by outsiders (tourists), the people attend to their spiritual traditions. Stone statues made from compacted volcanic material depict mythical figures.  Gates to Paradise, Buddhas, Garudas and other deities are often shown with textiles of black and white checkerboard pattern. These shrines or paras do not last long. Each new generation has to rebuild them. This way stone carving skills are kept alive too. Another village, Celuk, is entirely devoted to silver and goldsmithing. 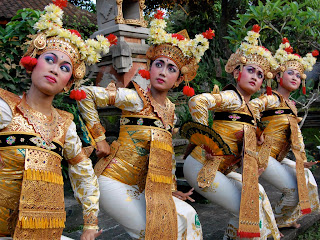 Classical temple dancers, Bali
Then there is Sukawati, the village of classical temple dancers, and shadow puppet theatre or Wayang kulit. Each wayang puppet is operated by one individual (dalang) who not only controls the puppet’s movements but provides the storytelling and plays a musical instrument. Almost always the stories are about battles between Good and Evil.  Children and adults alike sit spellbound for some 4-5 hours or more watching these mythological epics unfold on the ‘shadow screen’. 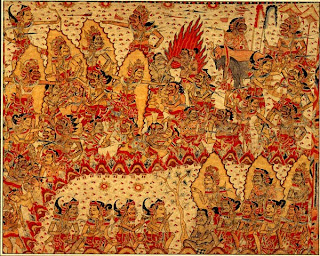 Batuan is a village of painters.  Many traditional artworks depict stories from the Ramayana, often battles between the Gods and Demons.  Although all styles of painting can be seen in Batuan. Many of the paintings are incredibly detailed and intricate. Further on is the woodcarving village of Mas.  Here we see sandalwood, teak and even ebony carvings in all sizes, forms and shapes – created with a skill that seems to be in the genes of the master carvers. Striking textiles can be seen everywhere.  The traditional colours are rare today: blues from indigo, yellows and ochres from earth pigments.  Today, textiles are multi-coloured and rarely have been created with traditional dyes. 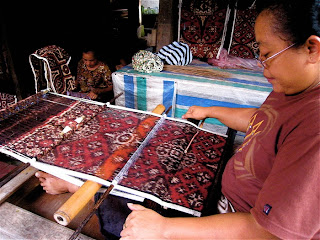 Woman creating the rare Gerinsing, only made in the village of Tenganan Peringsingan


To see the classic Geringsing (or double ikat) textile, on one visit to Bali, an out of the way journey brought us to the village of Tenganan Peringsingan, where this almost incredible  style of weaving – a true work of art in itself – is still practiced. 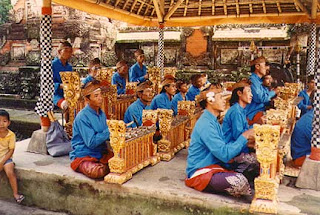 Then there are the Gamelan orchestras. Once you’ve heard the unique sound from these instruments, you will never forget. Of course too there are terraced fields of rice paddies, works of art in themselves. 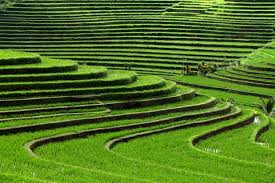 Bali - terraced rice paddies
(These remind us of the remarkable terraces of another island where we lived, Madeira. The inspiration for the many terraces and ‘levadas’ of Maderia came from Portuguese explorers and spice-traders that had seen them in Bali.) And last but not least, there is ever-present threat of volcanoes on the Islands of the Gods.