Enjoyed the massive fields of sunflowers and vineyards while taking in today’s stage of the Tour de France.  Soon they’ll be in the Pyrenees. Before then, we’ll start seeing fields and fields of lavender. 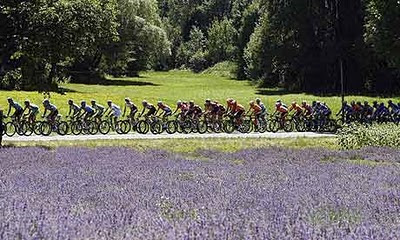 
NAMING OF THE SALISH SEA:
We’re pleased to learn that the body of water at our doorstep now has a name, the Salish Sea. The large area of coastal waters off the south coast of British Columbia was officially named the Salish Sea yesterday. It includes Juan de Fuca Strait, the Strait of Georgia, and Puget Sound. If only now the Sea of Cortez in Baja, Mexico would get another name, then we’d be sailing in the right direction!  Til later, Henri
Posted by van Bentum