How about MY tip? A story of self-respect and survival instinct, in Boca de Tomatlan, Mexico


Sometimes our fishmonger gives me pointers.  Yesterday he had fresh, whole Snapper and suggested I broil or grill it with lots of garlic.  This triggered my memory cells from another episode of our travels. 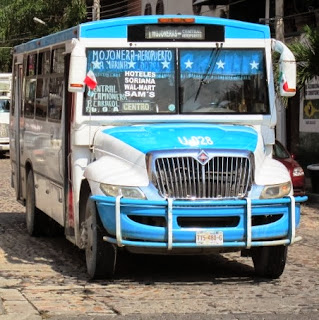 Typical mini-bus that transported me to an idyllic paradise where I was told there was nothing ("nada")
During regular visits in winter time to the State of Jalisco, Mexico, I came across a local mini-bus departing from Puerto Vallarta. Being a nomad, wanderer and bohemian by nature, always looking for something new and different, I asked the driver where he was heading. He replied (in Spanish of course), “Oh, just to a small fishing village, you’d not be interested, there’s nothing there.”  “Nada”.
Curious about this insignificant hamlet, I hopped on and paid the ‘hefty’ fare of 8 pesos (a taxi would have been $70 return), sat back and relaxed. I was the only Gringo on the bus. The route is scenic, with the Pacific on your right all the way. 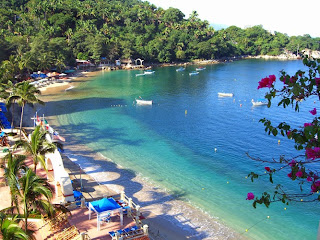 On the way to our destination, we pass by the location where the film "Night of the Iguana"
with Ava Gardner and Richard Burton was made
When we say scenic, it’s not the Amalfi drive of Italy, nevertheless it’s not only scenic but there’s not much traffic apart from a few buses, taxis and the occasional local car. Along the way, you pass by the location where “Night of the Iguana” was filmed, with Richard Burton and Ava Gardner. (Elizabeth Taylor was there with Richard Burton, but she was not in the film.). The end stop, after 40 mins, is a tiny fishing village.  A cobblestone street leads down to a horse-shoe shaped bay and a tiny, idyllic paradise. 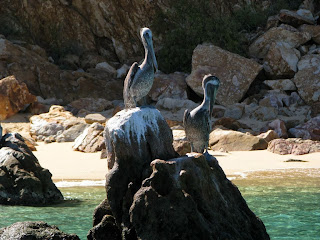 Boca de Tomatlan, Mexico. Few houses and more pelicans than people.  So much for the driver’s comment about “nothing”. Besides a 6-room ‘hotel’, there were only two restaurants, both on the beach. 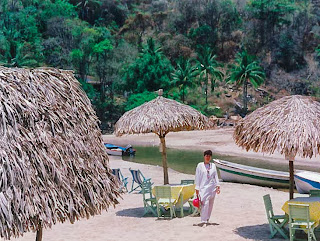 Natasha enjoys the peaceful and quiet beach
One had a terrace built on the sand. The other was plain and simple with just 5 tables run by a family.  Mother was in the kitchen; husband supervised an outdoor grill, and also served. There was a bright-eyed young girl, barefoot, about 4 years old, Manuela.  Their specialty = Huachinango con ajo (Red Snapper with garlic). The same method our fishmonger here in James Bay, Victoria suggested, some years later.
Waiting with a friend for our Huachinango in the cosy restaurant
We ordered the special along with a cool beer or cerveza. The grilled fish and beer were served by the owner.  Tortillas were brought by the little senorita, who put a small basket on our table with a big smile.  Very conscientious and proud. Following this delicious meal in that humble restaurant and paradise-like setting, we praised the chef et al, handing in the bill with a tip. 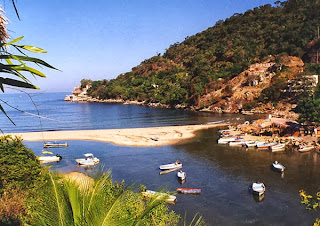 Stepping out onto the sandy beach, we strolled along the seashore to watch the pelicans diving for their meal.Suddenly I felt a gentle push on my back and a pull on my shirt.  There stood Manuela, our little senorita.  Barefoot and all, with eyes wide open and serious-looking.  There are many little Manuela’s in the world still today. 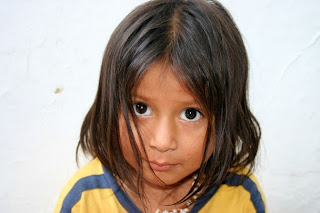 There are many Manuelas in the world today
She held one hand outstretched and with the other, gestured eating a meal. It dawned on us, Manuela also wanted her tip, for serving the tortillas! Of course we tipped her generously, which changed her serious expression into a huge smile.  She said, “Muchas gracias”. How’s that for standing up for your rights, and survival instinct?