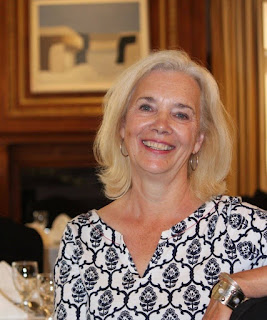 First of all, I would like to offer my continued condolences to Natasha, to family and Henri's wide, wide circle of friends, fellow artists and thinkers as we gather on his birthdate of August 13.

Henri was a talented man and he lived such a long and interesting life. Few of us will ever achieve some of all he accomplished.

In his obituary Henri was described as "valiant, steadfast, compassionate". I would like to add the word: Gentleman. No matter what, he never failed, at the very least, to give a wave or a nod or share a few words when our paths crossed in the Club. His and Natasha's support during my presidency here at the Club was always welcome and I felt he was my talisman whenever I would see him.

I first met Henri in the Billiards Room when I started to learn how to play snooker. I must say that his stance and shooting style, appeared to my uninitiated eyes, to be somewhat unusual. And yet, he played the game and played it well with enthusiasm, good humour and sportsmanship.

In 2015, Henri played in the spring snooker tournament here at the Club. As you can imagine, there is a bit of a tale behind his win.

For many weeks before the tournament, Henri and Natasha were cat-sitting in Arizona for P.J. Heyliger, one of Henri’s former students and illustrator of his children’s books. Surprisingly, there was not a billiards table to be found within 50 miles – something that Henri and Natasha missed as they would play 4 to 5 times a week here at the Club.

They flew home on January 16 and the tournament was scheduled for the next day. Now, Natasha said they were flabbergasted when Henri won. Not only had he not practised in almost six weeks, but he was getting over a long day of travelling and was on his feet for seven hours – all this while 85 years young. 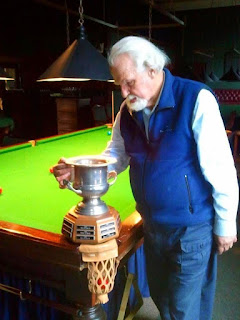 Henri’s impact went beyond the Billiards Room. Shortly after becoming a member in 2005, his “From Landscape to Innerscape” retrospective exhibition covering 45 years was featured at the Club, and the Club appreciated his donating his children’s books a few years later.

Henri, you are missed and yet your spirit, creativity, teachings live on as does your love for Natasha. Thank you.