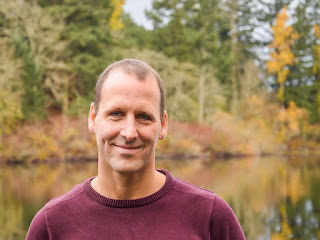 Dr. Mark Sherman, Henri van Bentum's family doctor
Good afternoon, everyone. I met Henri and Natasha not long after they moved to Victoria in 2004. One of the "Raging Grannies" Natasha knew had recommended me as a physician. They soon became my patients.

Henri was an easy person to respect, and to connect with, and we quickly recognized our shared affinity for Buddhism and our love of travel and the creative spirit.

It wasn't long before Henri had invited my then fiancée and I, for tea and a visit at their small 7th floor apartment overlooking Juan de Fuca Strait.

It was here that I first experienced Henri's opus, the "Organiverse Portfolio" that Henri had created while living in Morocco, and which he completed on the island of Madeira, 50 years ago in 1972:

-100 small mandalas, all painted in pointillism, "dot by dot", "atom by atom", as Henri would say. Each painting has a diameter of only 8.5 centimetres. 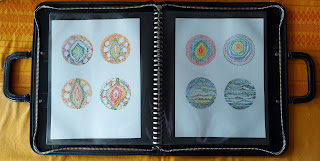 Shown here are just 8 of the 92 mandalas of "Organiverse" by Henri van Bentum, created in 1972 while living in Morocco, and completed on the island of Madeira.
(I only learned later it was a special privilege to have held the original Portfolio in my hands, since it was normally kept locked in a metal cabinet for safekeeping.)

As someone who is deeply interested in the natural world, as well as human consciousness, I found the Organiverse portfolio fascinating and powerful.

Each painting evoked for me infinite representations of lifeforms representing Nature on both the macro and micro level.

I understood these were visionary works, since Henri had never studied biology nor astronomy. The work arose from a deep place of wisdom, connection and knowing within.

Here is something I wrote afterwards:

“Organiverse is a glimpse into the multilayered beauty of all that is Life.
These mandalas offer an immense opportunity for healing and for a
heart-based understanding of who we are physically, emotionally and
spiritually.  A dance of colour, form and contemplation.”

While I miss my patient and friend, Henri, I am as well comforted by how much of him still persists in his paintings and writings; in his friendships and connections; and in his gentle affection that touched me, and so many others. 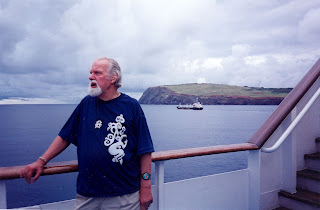