Writing these memoirs some 40 years later about our Crown Jewels of Travel experiences (around the world voyages), there is still too much hunger and misery on this tiny speck of planet Ocean Earth.  Children and infants die each day from malnutrition.  Even here in affluent Canada, there exist third-world conditions.  Four decades ago, although famines happened in many places, these vital issues of the Human Family were not the headlines they are now. Already mentioned that those two ships, “Royal Viking Sky” and “Royal Viking Sea” were elegant, five-star vessels.With this comes sterling quality of food and beverage service.Table settings were all silver cutlery, crystal glasses, porcelain tableware, Egyptian linen tablecloths and serviettes for lunch and dinner.  That says it all. 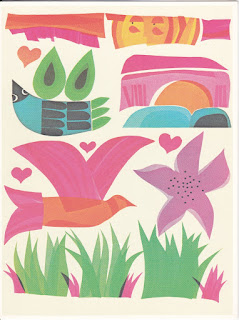 Breakfast was served, not buffet-style.  Bouillon mid-morning served on the teakwood decks; luncheon, afternoon tea, dinner. Also delectable midnight snacks.  We were seldom present at those however. Plus 24-hour cabin service by the friendly stewards.We were not only surrounded by tropical blue waters, but by food. The following is what 250 passengers consumed each week aboard the “Royal Viking Sky”: 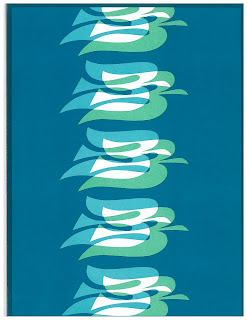 Today’s cruise ships are no different.  We are the consumers!  Bon appétit. Both ships had their own desalination equipment to produce fresh water from sea water. They were amongst the first to have this equipment. Also the vessels were the first to have modern bow-thrusters (could dock on a dime), and had state-of-the-art stabilizers. 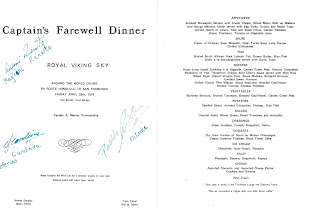 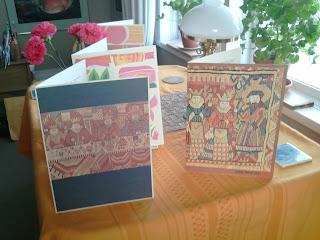 Selection of Royal Viking Line menus on our dinner table

Above are some sample menu covers and menus.  The cover designs were works of art, some referred to Norwegian heritage, others were more contemporary. We kept many of them, together with the daily program, “Skald”.  That’s where I got the statistics about food consumption. All the servers were European, mostly Scandinavian.  Officers were Norwegian.  Next:  our Art classes held aboard the “moving platform”.