Received already a few enquiries and follow-ups to my last two posts.  One woman wrote: “With great interest we read your ‘dream come true’ experience, landing two full around the world voyages in the 1970’s on the venerable Royal Viking Line. My parents were on the ‘Royal Viking Sea’ in 1975 world cruise.  They’re both deceased now, but I remember when they talked about the unforgettable journey on a beautiful Norwegian owned ship.  Maybe you could tell us about the adventures, ambience, ports of call, food, entertainment, and your classes aboard those opulent ships, now no longer to be seen on the seven seas?”

Well, we’ll gladly post some memories of those long-ago days.  We’ll divide them into separate blog posts, otherwise it would be too long in one go to read.  Writing this also helps me re-visit those experiences, opening the doors to the hinterland of memory. Let me make it clear, however, I am not singing the praises of the “1%” here. We’re proud of having been part of it, considering we lived on a shoestring budget ourselves when we stepped on board.  All I am doing now is recording my ‘dream come true’ memoirs. Remember I was still only the guest artist and lecturer, and N was my assistant and volunteered to perform in several musicals. 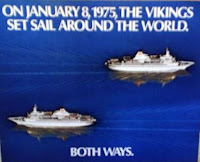 The ships, “Royal Viking Sky” and “Royal Viking Sea” had passenger capacity of 536 but for these inaugural world cruises there were only 250 on the first, and 320 on the second, to give passengers more space. This gave us the feeling of being on a yacht/cruise ship. The moment Natasha and I were aboard, I said in awe “This is a floating work of art!”  Large windows, contemporary art on walls and sculptures in wood, metal and glass. Light everywhere, be it daylight or after sundown, romantic subdued lighting in bars and restaurants. There was a theatre for films and musicals and concerts.  Professional singers and dancers, but often passengers volunteered for some of the chorus.  Natasha was in “South Pacific”, “The King and I” and “My Fair Lady”, amongst others. 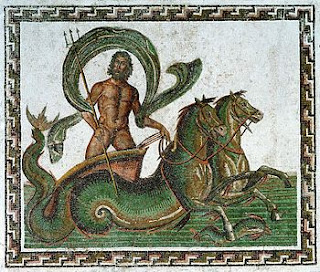 King Neptune ceremony while crossing the Equator, for the ‘pollywogs’ initiated by the ‘shellbacks’ and Captain and King Neptune himself.

There was a pianist who performed on a grand piano. Also a small orchestra who played pre-lunch, cocktail hour pre-dinner.  A professional dance couple who performed and gave dance classes. In most ports of call, entertainment was provided from shore.  Authentic cultural performances, dances, drum sessions and singers. 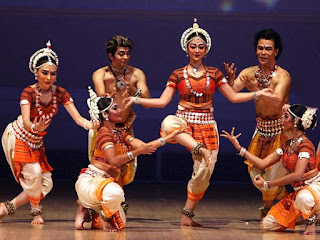 here was even a very professional fashion show when we were in Bombay (Mumbai), as well as classic dancers from Kerala. In Bali, a gamelan orchestra performed, with classic Balinese dancers. In South America, Carioca (Rio) and Carneval (Rio).  Bahia gave us their cultural rhythmic dances.  Buenos Aires, lasso gauchos, and tango.  In Honolulu, Hula. In South Africa, drummers, singers and Zulu dancers. You get the idea.  Not manicured, but all original.


American Express handled the shore excursions for "Sky" in 1974;  for "Sea" in 1975 it was Thomas Cook.  Natasha and I volunteered to be guides.  We had to make sure no one got “lost”. These excursions took us to a Voodoo ceremony in Haiti, a visit to the ‘mud people’ of New Guinea. 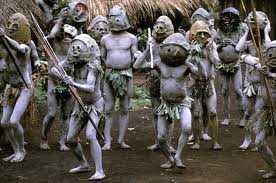 In Singapore there was a street where you could see black, wooden grouped coffins, with very elderly people waiting to exit planet Earth.  (Yes, that was part of the shore excursion itinerary, walking among the open coffins!) Everything was organized in a standard of excellence style.  Not only were the two ships floating works of art, but the culinary and stateroom service was 5-star.Next we’ll tackle the cuisine and menus for both luncheon and dinner. We kept dozens of them. The covers are works of art. 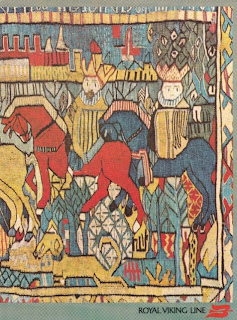