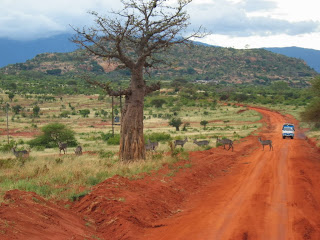 Little did we know we’d soon be returning to Africa only a few years after my first ‘safari’ (see previous post).  This time, it was aboard ship, via an around-the-world voyage with the venerable Royal Viking Line in 1974 as guest artist and lecturer.
We had several ports of call in South Africa, Cape Town and Durban. Then onwards to Lourenco Marques in Mozambique, followed by Mombasa, Kenya. From Durban we headed due west inland to the Valley of the Thousands Hills, Zulu country.  We also visited a snake and crocodile farm.  The latter stop did not amuse us because we knew they made handbags and shoes out of their skins. 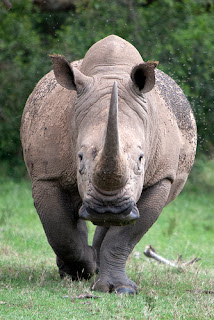 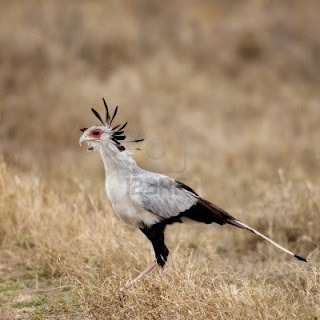 
Tsavo Park is known for its “red elephants”.  They’re not red, of course, but like to roll in the clay soil for relief from insects and the heat, and spray themselves with red sand. 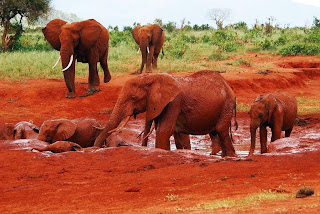 While roaming through the Park in a safari Van  - - -  with open roof (to facilitate viewing and taking pictures - - - we came upon three lions sleeping in the shade on the road. 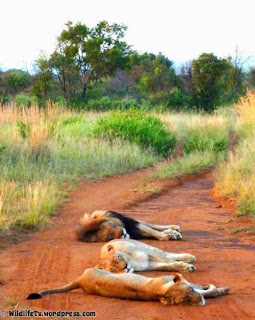 This is exactly how our lions looked


The Van approached slowly, they gradually got up and without even glancing in our direction, walked away.  Next we went off-road amongst trees and bush, and came face to face with a herd of elephants.  The male Bull Elephant was not amused and began flapping his ears. 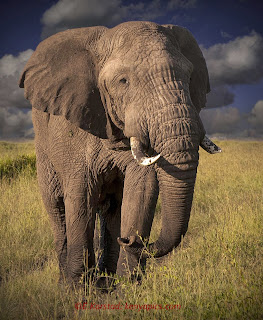 The guide explained this was a warning signal:  the elephant was ready to charge.  The guide whispered to us, “Hush!  Be very, very quiet!” and prepared to reverse the Van. A sharp and loud shriek pierced our ears – a woman passenger became hysterical when the dangerous situation suddenly dawned on her.  A few moments before she had been happily taking pictures. Luckily, our cool-headed driver continued to slowly back up and brought us all to safety.  And how close was the Bull?  Ten metres!