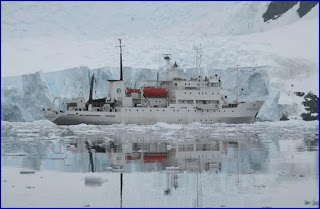 Our vessel, the ice-strengthened "Professor Molchanov"


On another expedition, this time it was to a remote, uninhabited island in Antarctica:  South Georgia Island.  Our means of transportation was a Russian icebreaker.   The ship was a former Soviet hydrometeorlogical vessel, now chartered by an expedition company.

Getting there from Ushuaia at the southernmost tip of Argentina (there are no airstrips on the island), we slalomed amongst giant icebergs. 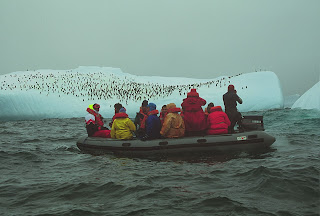 Aboard one of the ship’s Zodiacs, South Georgia Island


The ship had zodiacs and we came up close to leopard seals, elephant seals, whales, and – of course – penguins.   We could smell the whales’ breath and see the barnacles on their skin, that’s how close we were. 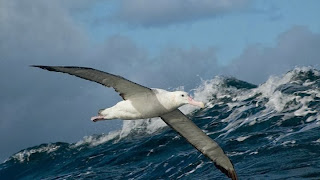 Elegant and majestic wanderer of the oceans, the Albatross
Seabirds such as Giant Petrels and Wandering Albatross abound.  One bird was a menace, the Skua, a predator of other birds’ chicks, also they dive bombed us!  South Georgia has recently been discovered to have one of the highest levels of biodiversity amongst all ecosystems on Earth.  In 2012, in order to protect marine biodiversity, the territory's government created the world's largest protected area – the South Georgia and the South Sandwich Islands Marine Protection Area – comprising 1.07 million sq. kms. 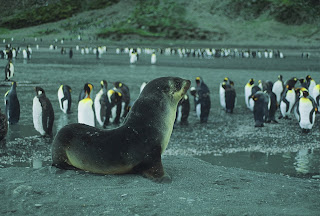 
Ashore we encountered Macaroni and Adele penguins.  One spot had thousands and thousands of King Penguins with their chicks. We ascended a slippery path to view Albatross sitting on their nests.


On one of our wanderings ashore, I was suddenly made aware of another presence.  A big roar, right behind me.  I thought, “Uh oh, a giant Bull Elephant Seal”.   Then turning around, I spotted a small Elephant Seal calf.  Talk about pretence and imitating his father.  Maybe only a couple months’ old. 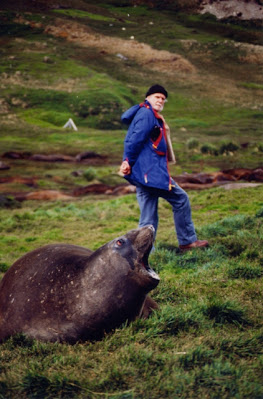 
As for the elements, we had weather galore.  Four cyclones!  These forced the Captain to keep the vessel in protected bays.  It definitely is a bonus to have a good pair of sea legs if you contemplate visiting this part of the planet. 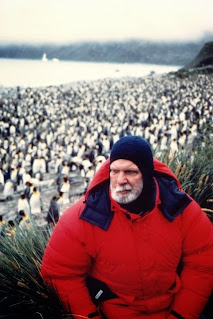 
I was fortunate to experience this extraordinary place, a privilege to witness the wildlife and have these wonderful encounters.