Amazing lineage connection with ancient past, thanks to DNA research 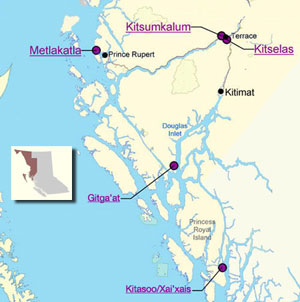 Northwest coast British Columbia
Science doesn’t always have it right.  Often we hear ‘scientists are baffled’ about something or other, ‘fish quota misjudged’, and ‘scientists perplexed by new findings’. Sometimes science does get it right, such as with climate change and the latest DNA research.  The latter is what this post is about.  “Breakthrough DNA study links British Columbia woman with 5,500-year old ancestor.’” 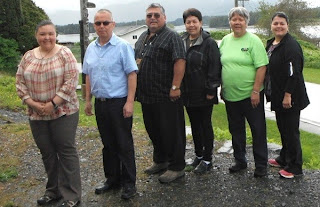 Anthropologists from the US and Canada have traced a direct DNA link between the 5,500-year-old remains of an aboriginal woman (plus a second set of ancient female bones from a nearby 2,500-year-old site) and a living Tsimshian woman from the Metlakatla First Nation, located near Prince Rupert.  She has the same DNA as her 5,500-year old ancestor over two hundred generations in the past.

Anthropologist Ripan Malhi of the University of Illinois and colleagues looked at mitochondrial DNA, which helps direct how the cellular powerhouses called mitochondria generate energy in the body. We learned that mitochondrial DNA passes along only through the mother and that the Tsimshian-speaking Metlakatla people of this study have a matrilineal culture so an even clearer picture was created over the generations. Of course their oral traditions speak of being here in the region since untold time, but this new research proves ties to five millennia ago. 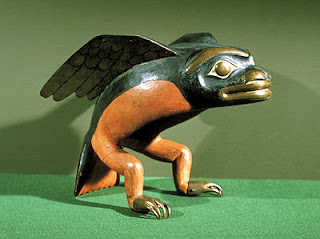 
Not that this is something new to us, we know the First Nations people were here first, otherwise we wouldn’t call them First.   (Incredibly from time to time we come across indifference, ignorance or ill will about who were the original inhabitants.) This groundbreaking study only goes to emphasize the difference between the time of Europeans and First Nations’ being here. Europeans only arrived in BC around the mid-1700’s.  A great contrast, “a whale to a sardine”.  (We live in an apartment in a house built in 1887 and the locals consider this to be ancient.)  "Having a DNA link showing direct maternal ancestry dating back at least 5,000 years is huge as far as helping the Metlakatla prove that this territory was theirs over the millennia," said Barbara Petzelt, liaison to the Tsimshian-speaking Metlakatla community (and co-author of the study). 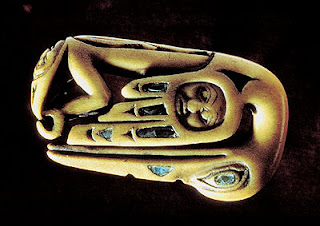 
It’s curious, there is nothing about this discovery in the major paper here on Vancouver Island, you’d think it would be on the front page, someone who lives nearby just up the coast near Prince Rupert:  a First Nations woman, who has the exact same DNA as found in a her 5,500-year old ancestor ‘grandmother’ – all thanks to scientific advances in DNA study.  Now that is news!