We continue on from Part One where I described the ‘transformation’ from working on dry land as a waiter in 5-star restaurants in Amsterdam, to becoming a dining-room steward in the first-class restaurant o/b “Nieuw Amsterdam”.Attending to the needs of a patron whether on land or at sea are similar yet very different. Being on solid ground is one thing, working on a “moving platform” is another. It takes awhile to get your ‘sea legs’. Some new crew members never did and went back home, only too glad to be back on solid ground.
In those days (1948, soon after WWII), most of our passengers either U.S. Army officers on leave, some with families; or “old-money”; bankers, etc (like the head of the Scottish family of eleven that I mentioned earlier who left us with such a meagre gratuity. Also some “dubious”characters, unmannered boors who extinguished their cigars into a cognac glass, as just one example of the “no-no’s” they practised.
Then, there were the Hollywood stars. Some were accompanied by their agents, others as couples, and some - - incognito. On my very first return Transatlantic crossing from New York back to Holland, yours truly had the honour and privilege of attending Barbara Stanwyck and Robert Taylor for the full 11-day crossing. They were en route to a holiday in Europe.

Not to get too far ahead of myself, though, let us go back to New York and what it was like in 1948.We’d dock for two days and crew would get time off to go ashore (not like the brief, 5-hour turnarounds of today), before the next round of passengers embarked.
If we had previously collected “minus-points” (Holland America was very disciplined with crew and closely monitored our performance), you’d not be allowed to go ashore.
Punishment was to polish the silver. Everything, from rechauds to small mustard containers, spoons, forks, tea and coffee pots . .. you get the idea. Luckily such a ‘sentence’ never befell yours truly.
My salary was $20 US per month. Half of this was sent to my parents in the Netherlands, so I managed on $10/month, plus gratuities. 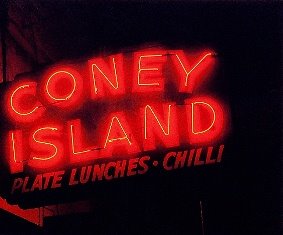 On my shore leave in NY, I’d visit Coney Island (the greatest amusement park of its kind), while Radio City Music Hall was a ‘must’ -- where the famous Rockettes performed. There I heard “live” the great soloists and the big bands of that era. All for 25 cents. Movies were also shown before the shows.
Over the three years I sailed with Holland America, I heard live Tommy Dorsey, Harry James, Duke Ellington, Artie Shaw, Benny Goodman, Gene Krupa, the Andrew Sisters, the Ink Spots, Louis Armstrong, and Glenn Miller’s band conducted by Tex Beneke. The big band era was coming to a close, nevertheless they were amazing and I was enthralled with it all. 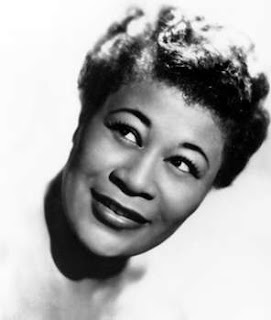 Harlem: I also ventured into Harlem, and went to the Cotton Club where Cab Calloway was king; plus “the Duke” was there too, and Ella Fitzgerald. Now those were performers. Jazz and blues lovers, would you not agree? And all there, live and in person, the real thing.
There were hot dog stands, cafe’s with “nickelodeon” machines, drugstores serving banana splits, etc.
All this, while back home in Holland, food was still rationed.
I also went to The Bowery, took the NY subway, Central Park, visited Ellis Island and the Statue of Liberty, rode an elevator to the top of the Empire State building, and walked the streets of Manhattan and Brooklyn, and of course, Times Square and 42nd Street. (“Swing and Sweet, Forty-Second Street”.) It was “the land of plenty”. The “biggest and the best”.
Just imagine: there I was, 18 years old, wandering around NY in immaculate shipboard attire, white in summer, navy blue in winter. In summer, I looked like a plantation owner. All this, on $10 a month (plus tips)! Stay tuned, Henri
Posted by van Bentum