Birth of a Painting & Death of a Mentor

“When you play the cello, I want to hear rainbows!”
Quote from Pablo Cassals to his cello students, when he was in his ‘80s
There are several works on the website http://www.vanBentum.org which show the evolution that took place in my painting from 1954 onwards. One work has been commented upon more than once: “Midsummer Night’s Dream”, 1960, an oil painting done at 150 Walmer Road, Toronto in my room at a boarding house owned by the family Kandelsdorfer from Vienna. The following is the story of how it was born. 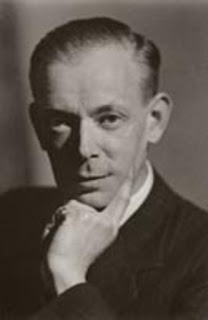 During my brief time at the Ontario College of Art, one of my teachers (and for me, the best), was J.W.G. Jock Macdonald. Artist and teacher, Jock was a member of the 1950’s group “Painters Eleven”, contemporary Toronto artists.
He became my mentor and it was Jock who suggested I leave the OCA, because I’d already done so much work on my own; he must have felt it would be better for my development as a painter not to be constrained by the-then academic (and conservative) atmosphere at OCA.
Very fortunately, after I left the School, he visited once in awhile on Saturdays. He gave precious pointers and positive criticism on works in progress. Jock was a remarkable teacher; you felt as if he carried a small ‘flacon of oil’ and dripped a bit onto the flame of inspiration that burned within you.
It was Jock Macdonald who suggested I paint while listening to music. I’d always had ‘friendly relations’ with music, and have what’s called a musical ear. Jock told me “To listen with ‘eyes closed’, and when the music touches the strings of imagination and inspiration”, then start the recording again, and paint. He said, ‘Only when music and imagination blend into one will you be able to transform it visually.’
My collection of records was limited, all classical 78’s. (I also had a small radio, but recordings were better for this purpose.) Besides Chopin (Dino Lipatti), there was Debussy, Mussorgsky, Ludwig van Beethoven, Schubert, Mozart and Rachmaninoff. Also, I had one 78 album of Felix Mendelssohn’s “Midsummer Night’s Dream”.
It was a warm July day. Despite chewing through a pending divorce, I felt happy listening to his music. (Music is a calming and soothing antidote to “stress”).
“I create beautiful music for people in distress”, said Ludwig van Beethoven.
I had a large bay window which opened up to allow fresh air, permitting me to paint in oils and use linseed oil and turpentine; otherwise I would have been given notice by the landlady, for sure! After playing the recording over a few times, I set to work and finished the painting in one go. Thus “Midsummer Night’s Dream” was born on a beautiful July day, 1960, in Toronto.

Thanks to the Bard, William Shakespeare, and to Mendelssohn who transformed the play into music, allowing me to give my version in another art form, painting. Jock Macdonald’s valuable suggestion about painting while listening to music fell on ‘willing ears’.
Later I did several other works inspired by compositions such as ‘Reflets dans l’eau’ by Debussy (see “Inner Reflections”, shown here); Ludwig van Beethoven’s Sixth Symphony; Ninth Symphony, “Ode to Joy” and Musssorgksy’s “Night on Bald Mountain”, to name a few.
These precious visits from my mentor Jock Macdonald didn’t last long, for in early December of that year, he died prematurely at the age of 63 of a sudden heart attack. This was a great loss to the art world in Canada, and to young students. He was a great teacher. Signing off for now, Henri (p.s. reproduction photos of “Midsummer Night’s Dream” are available on eBay at http://organiverse.org.
Posted by van Bentum