Special Announcement : historic works by the late Henri van Bentum from his Private Collection. Now available to purchase for the first time. 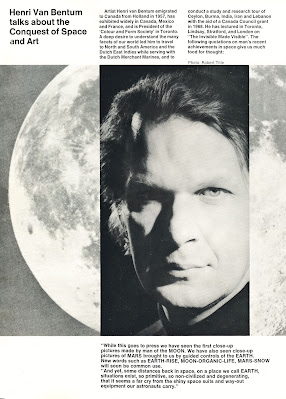 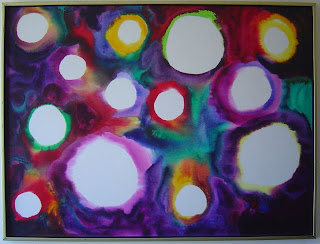 Henri van Bentum, "Dancing of the Spheres", 1977
Acrylic on canvas, width 40" x height 30", framed
Painted while living in Ottawa, Ontario, 1977-78
$17,500
Henri van Bentum, "Jubilato", 1977
Acrylic on canvas, width 30" x height 36"
Painted while living in Ottawa, Ontario, 1977-78
Formerly in the collection of the late Mr. Leslie George Dawson
$21,000
Henri van Bentum, "Borealis", 1964
Acrylic on paper, width 30" x height 24", framed under glass
Exhibited at Roberts Gallery, 1965
The only remaining work available in this series
$17,500
SPATIAL RHYTHMS Series - Watercolour on handmade paper
About the Spatial Rhythms series:   While living in the Rocky Mountains (in Banff, Alberta), van Bentum began a bold, Zen-like series of watercolours that he named "Spatial Rhythms". Henri continued working on this "Spatial Rhythms" series after moving to Vancouver in 1985.
"Spatial Rhythms" are a controlled, simple interpretation of inner feeling and symbolism. The work contains elements of music -- such as volume, mood and rhythm, which are translated into tonality, colour and composition." 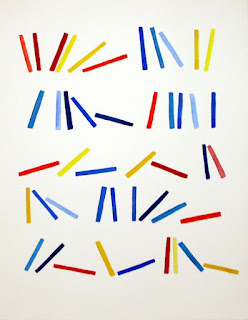 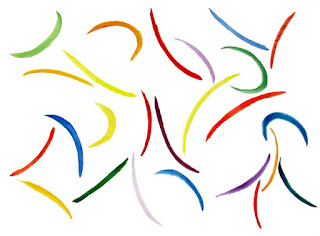 What the Critics Say about the Work

“His microscopic attention to detail comes out most strongly in evocations of coral seen through the luminous waters of tropical seas, and in the textures of rock and ice caught in the suffused light of underground caverns.”   TIME Magazine

“The best one-man show of abstract art I have seen in a long time is that of watercolours by Henri van Bentum. While too many artists seem to torture watercolour for expression, van Bentum exploits the natural delight of the medium so that it serves his most exacting thought.”  Globe & Mail

“Henri van Bentum’s series of work, “Spatial Rhythms”, reflects his development into a controlled, simple interpretation of inner feelings; this series of paintings interprets the elements of music such as volume, mood and rhythm and are translated into tonality, colour and composition.   Peter Whyte Museum, Banff, Alberta

When he marshals his colour into circles, then places them like water drops on the white canvas, van Bentum gets a rich intricacy of light and depth. Some have jewel facets, while others contain the subtleties of earth, leaves and bark.  Globe & Mail

“Viewing a painting by Henri van Bentum is a stimulus to the imagination. Perhaps his background as a diamond-faceter’s son is responsible for the almost crystalline aspect of his work. The single most extraordinary quality in all his paintings is an incredible luminosity, a radiance that emanates from within.

Completely introspective in his work, van Bentum is probably a born abstract painter.  J.W.G. ("Jock") Macdonald, with whom he studied, was one of the first to encourage van Bentum to develop his individuality, and it is certainly under Macdonald’s influence that he achieved his present independence.

van Bentum uses blank space as a positive.  The missing element is essential to the whole.  While none of his current work depicts any recognizable object, it immediately conjures up a mental word picture of a time, space, melody or situation”.   Canadian Interiors