Just as I thought we were being returned to our ship, we discovered all three of us were on our way to Ellis Island. 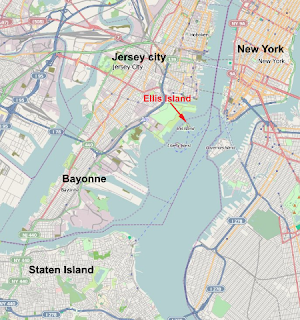 Ellis Island, now an iconic historic monument, was the immigration inspection station and gateway to over 12 million immigrants over many decades.

Part of the facility included a staging place for all those who’d entered the USA without bona fide papers or none at all, like us, and had to wait and see whether they would be allowed into the USA. 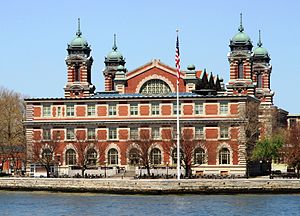 Although my two shipmates and I were cleared by the FBI, it so happened by the time we got to Ellis Island from Buffalo, our ship, the “Nieuw Amsterdam”, had left three days earlier. That meant we’d be 3 weeks at Ellis Island - the vessel took 8 days to return to the Netherlands, dock at Rotterdam for two days, then return westbound across the Atlantic, another 11 days. 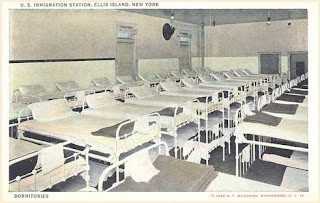 Our accommodation was basic. Men and women were in separate areas.  We had dormitory-style bunks; there was a huge area for showers, we did our laundry in a communal space. 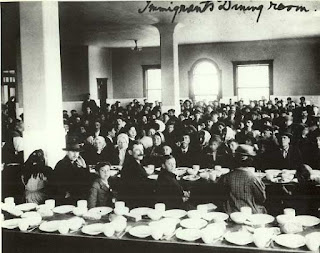 Our meals were taken at long wooden tables – the food was nourishing and tasty. 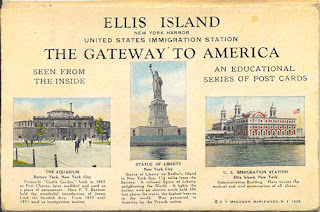 It must have been an impressive administrative set-up, the organization behind Ellis Island.  The atmosphere was not unpleasant for us – since we knew we'd eventually be back aboard ship.

People were from all nations.  Because it was early autumn, the weather was agreeable and we could spend lots of time outdoors. There was a dirt field outside where we were allowed to play associated futbol (“soccer”).  Being a big futbol aficionado, I was part of a makeshift team where most of us couldn’t speak the other players’ languages – we were Swedish, Irish, African, Russians and Germans, plus of course Netherlands. I played right wing. The goalie was from Africa, and an excellent keeper.

Finally the day came for our medical physical check-up at the huge medical facility, to make sure we were good and healthy.

We got the "A-OK" and officers from Ellis Island accompanied us all the way to the ship, making sure we did not head off again hitchhiking somewhere!

You can imagine how we were received -- back aboard ship with the crew and our buddies, sharing our stories, and speaking English with a bit of an American accent.

Back aboard ship, it felt as if we'd come out of a desert into an oasis!  Also, a bit older and a lot wiser.

The ship’s Captain was not amused, and said, “I should make you scrub the decks!  Highly irresponsible conduct and not becoming of crew members of Holland America tradition’s standard of excellence. Never leave ship without papers!”

He was right of course.  As were all those officials, even the motel clerk.  They were only doing their jobs.

[And he told the three of us that we'd not be allowed to get off the ship for the two-day stopover of the vessel's next return in NYC. And that was the only punishment the Captain handed out for our ' non-disciplined escapade', so we were pretty lucky.]

But . . . if only someone had contacted the Holland America Line in New York right away   . . . .  but then, we never would have had this adventure.