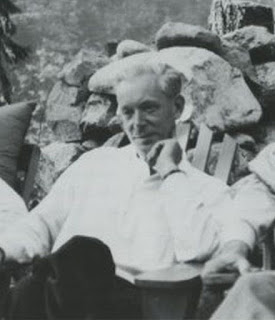 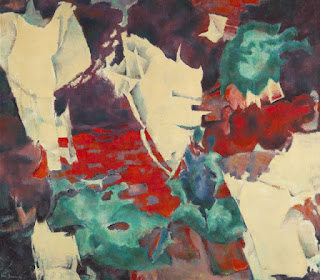 His canvasses became softer and more spiritual in quality. Jock Macdonald was concerned with the idea about unseen forces behind all matter, and wanted his paintings to express this concept.
You only have to look at his later works – how confident, strong and mature they are.  He had found himself a ‘handwriting’, a style for all to see - - only to be taken away by “going over the horizon” at the height of his career.
Posted by van Bentum