On Sunday three ships were docked at Ogden Point:  the medium-sized Regatta (Oceania), a mega Princess (Grand Princess), and the smaller Silversea Shadow.  Rarely do we see ships on a Sunday during the Alaska season, let alone three. During my stroll along the seawalk that day, while taking a rest on a bench, a passenger approached me. 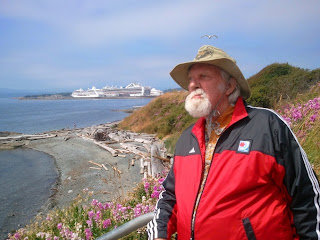 I was wearing my Lion safari hat, so he figured I was a fellow traveller. We talked about various ship experiencesl, and he asked what profession I was retired from.  I told him ‘artists never retire. Creativity stays with us to the end'.  He replied, “That's interesting. My hobby is making mechanical dolls, or what we call “automata” – puppets that move, talk or even laugh.” 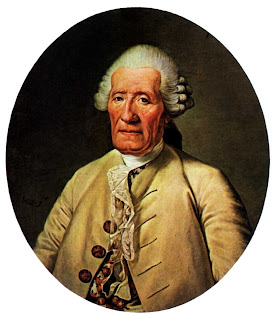 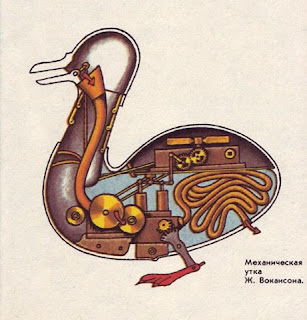 Jacques de Vaucanson's famous "Canard digerateur" or "Digesting Duck"
All new and fascinating to me. When we returned home, Natasha looked de Vaucanson up on the internet, here is a link to a page about his life and work. Then I asked him if he remembered “Sleuth”, a film with Michael Caine and Laurence Olivier. Olivier plays Andrew Wyke, an eccentric and wealthy crime fiction author, whose stately home contains many automata, moving and laughing puppets and clowns. 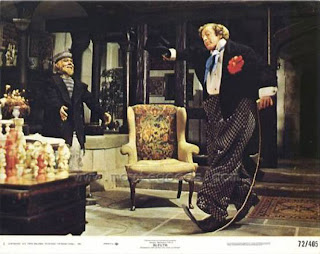 Mechanical sailor automaton (left) and Michael Caine in 1972 film "Sleuth", with Laurence Olivier
Yes, he recalled the film. We continued chatting but after awhile he wished to carry on with his “power walk” and apologized for leaving. We could have talked for hours. The whole world seems to come by the sea walk during summer.  So, another interesting impromptu meeting on the seawalk.   There is always something new you can learn from members of the Human Family.