Wildlife, and flower counting on the Island

Many of you have no doubt viewed in 2007 the Eagle webcam at Hornby Island, waiting for the Bald Eagles’ eggs to hatch. They never did. However our determined Eagle watcher says the Eagles are back in the nest and he has a gut feeling this year they might succeed at having chicks. 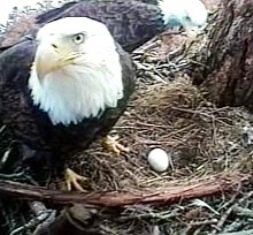 We were privileged to meet the fellow, Doug Carrick, at his home on Hornby (the eagle nest is beside his property), courtesy of a friend, Beverly, who also lives on Hornby Island. Doug also keeps a record of the whales that come by.
He showed us a video of the nest, very high up in the tree.
Now why do we bring up the topic of Bald Eagles? First, they’re not bald! They have lots of white plumage on their heads and necks; whoever named them first, I guess from a distance they looked bald.
We mentioned in an earlier post about those two Baldies turning “Rambo” and who destroyed many nests and chased the herons, making over 100 homeless, Thank You, out of the treetops here at beautiful Beacon Hill Park. So now they have that realm all for themselves. But, hold on! They also refuse to let other Baldies build a nest next to theirs.

This brings us to our local wildlife story. For on the rooftop of our ten-storey apartment building (we’re on the 7th floor), right here on the Pacific coast at Juan de Fuca Strait, we have a happy pair of Bald Eagles which have made this spot their base.
We often watch them going for breakfast at dawn, returning with a good catch. To the consternation of the seagulls and crows. How about that? Having a pair of Baldies right above our heads!