These grey and “early-dark” days of November are once again upon us. All the leaves destined to part from their “tree home” will soon leave bare branches. The conifers - - cypress, pines, junipers, firs and cedars now have more to say and make their presence felt. They tell us without words,
“Look! We’re evergreen.”
No sooner have the yellows, tans, ochres, sienas, reds and umbers of Autumn go, than another Red ‘pops up’ (be it briefly), to be seen on almost everyone’s attire, especially the TV anchor people. Symbol for those soldiers and civilians who gave or lost their lives, so we can all live in ‘freedom’ and ‘peace’. Not only WWI is remembered, but all the wars and killings that followed, to this day, adding ever-more reasons to perpetuate Remembrance Day. [War is called “Regime Change” nowadays.] “Lest We Forget”, all right.
Bob Dylan wrote already in the ‘60s “ . . the answer my friend, is blowin’ in the wind, the answer is blowin’ in the wind” . .. “oh when will they ever learn, oh when will they ever learn?”
What a strange and paradoxical species we are, Homo Sapiens. I saw the bombs drop, and as a boy lived through WWII.
On the one hand we go out to kill and get killed, both for the same cause of Freedom. Soldiers gave their lives so that we can live free. Yet, our freedom is stealthily being taken away; ‘Big Brother’ has crept up, making Orwell’s book “Brave New World” look like amateurish scribble.
You may recall the classic black and white move “All Quiet on the Western Front”, based on a novel of the same name by German writer Erich Maria Remarque, a ‘realistic and harrowing account’ of WWI slaughter in the trenches and fields of Flanders.

We came across these thoughts from someone in England, on the wearing of poppies and remembering, “ . . how much does it serves to console as much as to mask the terrible reality of death in war. By masking, it is meant that remembrance becomes a ritual used to ‘blot out’ the horrible reality of, in this case war, and the First World War in particular. Naturally, the truth is far too disturbing to continually be exposed, so the ritual of remembrance helps to create a more ‘comfortable’ memory of the deceased. This is most noticeable, for example, on Remembrance (Day), when the wearing of an artificial poppy, and the two-minute silence in recognition of those who gave their lives, saves one from having to dwell on the specific details of the deaths of millions of men killed while serving their country.” (From “A Memorial in Scarlet” by Stacy Chambless.)
But why do poppy flowers flourish in battlefields? I learned the first reference to this was made by a writer during Napoleon’s time. He observed certain fields were barren before a battle but exploded with poppies after the fighting ended.
It’s known that in Flanders and France, the chalk soil became very rich in lime from all the rubble, but after the lime became absorbed, the poppies disappeared. Today many Quakers wear white poppies which they say "is not about insulting the dead, but to honour them by working for an end to war”.
Remember Swift's "Gulliver's Travels"? War because of a song the "Littleputs" argued about? We need a few more Gullivers in the world. 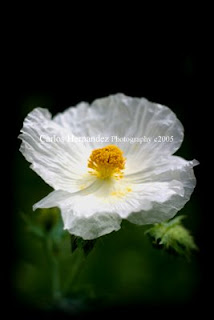 Would it not be something to see a film such as “All Quiet on the Western Front” where everything was in reverse? Then you’d have peace instead of war: bullets shot from rifles would come out of the bodies and return into the rifle barrel. The bayonet plunged into flesh reverses and leaves the body. No wound. Advancing commandos go backward. Shrapnel would re-assemble. Bombers raining their deadly cargo would have the bombs flying upwards back into the hold of the aircraft. Hand grenades would boomerang intact back into the hands that threw them. Cannons nicely receive back their lethal cannon balls, all the carnage ‘undone’.
On the topic of shooting, why do we speak of killing a penalty in hockey or soccer (associated football).Can’t we say ‘ride out’ or ‘weather’ or ‘survive’ a penalty? Or we speak of “a nice shot” in pool or billiards. Our words perpetuate our culture’s killing habits.
But, this November has given us hope and a sigh of relief: the end of a great “error” (which added to the deaths of how many more thousands?), and beginning of a new "Era".
Mahatma Gandhi said, “An eye for an eye, Makes the whole world blind.” Signing off, Henri